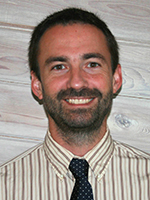 An open letter to my White college-bound friends:

A few months ago, I wrote an open letter to my college-bound friends of all races/ethnicities about a potential benefit of attending an HBCU: a racially diverse faculty. You can refresh yourself by reading it here.

Now I’d like to keep the conversation going with some thoughts just for my White college-bound friends. Specifically, we will discuss four additional benefits of selecting an HBCU from a “White perspective,” and I will offer three bits of advice.

What’s in it for you: Four benefits

Let’s be honest: For White people who are used to being in the majority, becoming a voluntary “temporary minority” isn’t easy or necessarily appealing. But take it from me—a White male professor with nearly 8 years’ experience at HBCUs—you can get a lot from spending time in an HBCU. Here’s just a taste:

Given the increasing diversification of America, immersing yourself in an HBCU environment could be one of the smartest decisions you ever make.

And the fact is you probably won’t get this diversity at a White-dominated school. Professor Marybeth Gasman and Rob Shorette (a White HBCU graduate) make this point in their article, HBCUs, Places for All to Learn. They note astutely, “a White student at [a White institution] can navigate his/her way through college without having truly interacted with issues of diversity in meaningful ways.”

Are you interested in stretching yourself beyond so many of your White peers? If so, an HBCU could be the place for you. It’s not the only place to explore diversity, but it’s a great option.

Andrew T. Arroyo is assistant professor of interdisciplinary studies at Norfolk State University and an affiliate at Penn’s Center for Minority Serving Institutions.