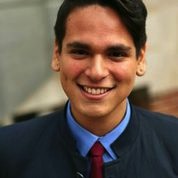 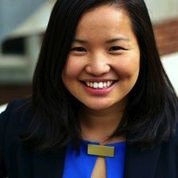 To rectify this, the bipartisan Development, Relief, and Education for Minors (DREAM) Act was first introduced in the U.S. Senate in 2001 and in the U.S. House in 2006 to create an opportunity for some undocumented students to attend college or enlist in the military, while also providing them with a path toward legal citizenship. However, since its introduction, the DREAM Act has not passed at the federal level because of political disagreements. While federal statutes do not explicitly prohibit individual states from admitting or enrolling undocumented students, they allow states to decide which students pay in-state tuition and receive state financial aid. A few states, like Alabama and South Carolina, have passed statutes that completely prohibit the mere attendance of undocumented students at state institutions. Other states, fearing repercussions such as discontinued federal funding, continue to charge out-of-state tuition to their undocumented students. Nonetheless, 19 states have incorporated policies, similar to the federal DREAM Act, that allow undocumented students who have attended and graduated from state high schools to pay in-state tuition and/or be eligible for state financial aid.

Minority Serving Institutions (MSIs) have an established history of uplifting low-income, first-generation students of color, accounting for only 7% of all U.S. colleges and universities, yet enrolling over 26% of all students in the nation. They have represented a significant opportunity for these individuals and communities to improve economic, social, and political capacity. However, while many undocumented students fall into these categories of students historically supported by MSIs, the forms of government and institutional support available to them at these institutions have been widely understudied. Some important questions for administrators, educators, and policymakers in higher education include but are not limited to:

The Penn Center for Minority Serving Institutions is currently working on a report focusing on the state of Illinois that sheds light on the effects of state and institutional support on MSI undocumented students’ educational attainment. Specifically, the report will examine trends in enrollment, graduation, and transfers in the MSI context as a result of state interventions, and highlight undocumented student experiences as influenced by institutional policies and practices. The Center has selected Illinois as its case study because of several reasons. First, Illinois has an unconventionally longer history of supporting undocumented students, given that it enacted tuition equality in 2003. Illinois is also one of the states paying close attention to affordability, having instituted a privately funded, government-run scholarship fund for undocumented students in the state. Lastly, while some work on undocumented students has been done in the context of California or Texas, much has to be explored in states, like Illinois, that concentrate a relatively large undocumented population but exist as political “islands,” with nearby states with no state-level support for the undocumented.

Ultimately, the Center’s main goals with this report are to (1) contribute with findings that can support MSIs and the nation as a whole in better educating and serving undocumented students, and (2) further dispel myths about who MSIs are really for, by showing collaborations occurring across various social groups.

Fernando Coello and Elisa Chen are M.S.Ed. candidates in Higher Education at the University of Pennsylvania Graduate School of Education and research assistants at the Penn Center for Minority Serving Institutions.

One thought on “Supporting Undocumented Students at Minority Serving Institutions”