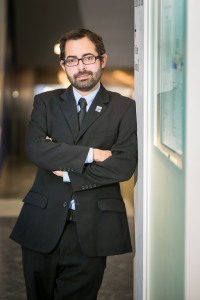 In the aftermath of this presidential election, an undercurrent of anxiety and uncertainty towards the future emerged in academic circles. These feelings are amplified within Minority Serving Institutions (MSIs). I came to work the day after the election to find scared students, nervous faculty, and tense administrators and staff. I was nervous, too; about my students, about the changes that were certain to come, about the effect that the ugly rhetoric of the campaign would have on our country. It only took a day or two for reports to trickle down about incidents at other schools. Someone attacked the Black community at Penn by subscribing them to a hate-filled group chatroom. The door to a Muslim prayer room at NYU was defaced. Latinx college students reported harassment by white Trump supporters throughout the country. In just two weeks’ time, daily incidents like these have been documented in high schools and colleges throughout the U.S., raising concerns that this alarming trend could continue.

I kept asking myself: “Are my students next?”

As a result of incidents like these, “What happened?” quickly became “What can I do?” for many of us. What could I do to make sure our students, all our students, felt safe, respected, and supported? My first step was to show my students I am with them in any way I could. I wore a safety pin, posted encouraging signs on my door, sent them an email, and actively discussed with them their concerns, both publicly and privately. I believe these small acts of support have value to someone who feels lost or fearful.

Second, I identified resources that can provide support to my students who are part of a group directly targeted by the policy positions of the incoming administration. There are many advocacy groups, like CUNY Citizenship Now!, that provide free, high quality, and confidential immigration law services to help individuals and families on their path to U.S. citizenship. I am working with other academic and student support programs to pool resources and compare notes, and I am participating in events led by student organizations on campus.

Third, I tried to inform myself. I am learning how DACA works and what my undocumented students can do to improve their chances to gain citizenship. I know now whom I am supposed to call if I witness harassment in my school. I am trying to keep up-to-date with new policy positions coming in from the Transition team in my spare time.

Fourth, I am getting prepared to stand up and push back in any way I can.

John Jay College of Criminal Justice is unique among other MSIs (and indeed, among most U.S. colleges) for having a college mission to “educate fierce advocates for justice” in a “community of motivated and intellectually committed individuals who explore justice in its many dimensions.” Our institution’s response has been thoughtful and paced. Academic programs and the College leadership have sent messages showing support and providing guidance to students, staff, and faculty. Open discussions and forums have been organized throughout the college to promote open dialogue. Our Teaching & Learning Center organized a “Teach-In” for our faculty to discuss the meaning of the incoming administration’s policies and strategies for how to talk to students. Academic lectures on the reach and power of the executive branch and the meaning of the proposed policies have been scheduled. As our President Jeremy Travis stated in an email to our students, John Jay’s mission remains “committed to the cause of justice… racial justice, gender justice, environmental justice, international justice, criminal justice, social justice, economic justice, and others.”

Change is coming and it might come in ways we don’t expect. The President and his team change their minds about policies frequently; the only thing that is for certain is that these policies are likely to impact our minoritized, underserved, underrepresented, and vulnerable students. Action must be taken by people in schools like ours to defend and stand up for and with our students; to uphold the values and missions that MSIs stand for. I believe we are up to this task and invite you to join us.

Edgardo Sanabria-Valentin, Ph.D., serves as Research Coordinator and Project Director at the Program for Research Initiatives in Science and Math (PRISM) at John Jay College, one of the largest HSIs in the Northeastern U.S. He is also an Adjunct Assistant Professor of Biology at John Jay.