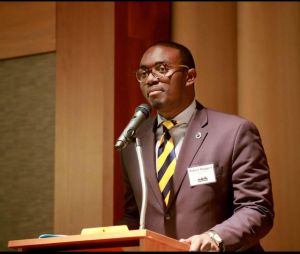 It is quite clear that many HBCUs across this country struggle with funding their impactful missions. Indeed, we have seen a mass exodus as many HBCUs over the years have transitioned from private to public. It seems that over this time the mission of HBCUs and priorities have shifted.

There’s a crisis going on with Maryland’s public HBCUs–I would like to focus on Morgan State University (Morgan). This year, Morgan is one of nine HBCU’s celebrating the sesquicentennial of their founding. However, over the years, HBCU’s such as Morgan have forgotten the importance of history.

Daniel Douglas-Gabriel wrote in the Washington Post, “She (The U.S. District Judge) instructed the monitor to provide an undetermined amount of annual funding for marketing, student recruitment, financial aid and any related initiative over the next decade. Blake also insisted that any program proposed by a Maryland university must be reviewed by the monitor to ensure it will not harm the historically black schools.”

Why will the money be appropriated for marketing, recruitment and financial aid rather than teaching, learning, and research? If we want to revitalize academic programs at HBCUs, we need to invest in different teaching, education, and research. Especially in the climate we live in today, where we seem to be even more divided by race, HBCUs must attract world-class faculty. If we do, we’ll continue to see more schools increase their student body.

We must watch this court case in Maryland because it shapes the broader future of other HBCUs across the country. As financial crises persist, many schools are thinking about public status and merging with larger Primarily White Institutions. We need to be sure we are preparing to innovate young minds to serve as presidents of HBCUs because it will take new ideas to leverage the mission of our HBCUs in this survival economy.

Mary Ann Fay resigned as an Associate Professor in the Department of History and Geography at Morgan State University, a department that once rivaled other programs throughout the country, led by some of the most prominent historians throughout the globe, including Benjamin Arthur Quarles, Thomas Cripps, and Rosalyn Terborg-Penn. With the push towards STEM-based research and the millions of dollars in grant money that is driving this push, humanities-based programs such as the History Department are being choked out. Fay provides a rare look at this current dilemma at HBCU’s in her Washington Post publication, writing, “Transformation from above must be matched with transformation from below. Today, faculty at Morgan State work within an authoritarian political culture that restricts their autonomy and creativity. There is no faculty senate, and professors and advanced graduate students do not receive sufficient research funding.”

And so, I posit the state needs to adequately appropriate funding that supports teaching, learning, and research in all disciplines at all four of Maryland’s public HBCUs. Morgan State and the others must start properly navigating the raging waters from the inside. It seems that much of the focus is to lean on the government for assistance. This should not be the case as HBCUs were founded to provide Blacks with places to earn a decent education. Are we beginning to lose proper standing of our HBCUs at the expense of integration into the plantation-based structures of White schools?

Robert K. Hoggard, M.A. is a graduate of American Baptist College and Colgate Rochester Crozer Divinity School. He has written more than 200 articles on HBCUs at HBCU Buzz Inc. and is closely watching the life of HBCUs in a period of social unrest and injustice against African-American people. He is the Counselor in The Arthur O. Eve Higher Education Opportunity Program (HEOP) at Keuka College. 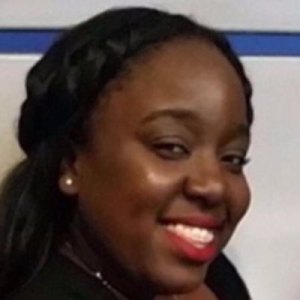 I am tired of the idealistic conversations we have about HBCUs and what they provide for their students. I get that we want to promote them for how relevant they are. We want the world outside of HBCUs to “put some respeck” on what it is we do. But the conversations need more depth! How much do you really expect me as a disgruntled student to care about the historically racist policies and funding limitations when my stomach is growling in the library; because, I’m out of swipes for the week and the lady in the cafeteria refused to scoop me out just a little more Mac n cheese on Soul Food Wednesday? HBCUs have a responsibility to keep it real for the students who they’ve historically served. I’m tired of hearing that I should be at an HBCU simply for the sake of the struggle. My story highlights my biggest issues surrounding the HBCU conversation, a lack of accountability and a culture of fear and silence.

I’ve been to three different HBCUs at different educational levels. The idea that I was simply going to feel free because I was “skinfolk” was quickly dismantled during my first experience. I spent several weeks going through culture shock, trying to figure out where the other Caribbean students were and why they refused to play Reggae/Dancehall music at school parties. During my second HBCU experience, I felt under siege as a woman. All the black male initiatives, programming centered around black males, and the administrative undermining of the women’s studies program had me feeling like I wasn’t wanted at that institution unless I was going to be quiet.

I’m a graduate of a primarily White institution (PWI). My bachelor’s degree in Africana Studies and minor in Writing and Rhetoric are brought to you by Stony Brook University (SUNY), in New York. During my senior year of undergrad, I spent the academic year at an HBCU, courtesy of the National Student Exchange program. This experience was my first exposure to #HBCULife outside of A Different World. Ultimately, my time there solidified a desire to attend an HBCU for graduate school. I went back to Stony Brook to do the M.A. program in Africana Studies (because my professors loved me, I loved them, and they are the closest thing to adopted family that I have) and was accepted to a Ph.D. program at an HBCU for Fall 2016. Then started the worst year of my complicated Black life.

I had to pay for this Ph.D.. I didn’t mind because they had a program here that could not be found anywhere else by name and I absolutely needed to be a part of this. Plus, the obvious, it was an HBCU. I was promised some monies. With the modest amount, I’d planned to use to cover my share of rent for a bit less than a year while I worked part time to cover other expenses. It wasn’t until after I arrived on campus that I realized that I wouldn’t be getting a dime. The person who quoted me these funds had since been removed and all the new person in charge could offer was, “we don’t have any money left”. I was jobless, almost 1,000 miles away from home, and I’d just depleted all my savings securing housing for a lease that was already signed. It wasn’t until the very end of this academic year that I would be told some students were accidentally “overlooked” for their share of funds because of what amounted to a computer error.

When I finally got up the nerve to share my disgust, financial despair, and downtrodden spirits, I was met with ridiculous suggestions centered around “grit” and sacrifice. I expressed concerns about my deteriorating mental health and constant financial woes, including almost being evicted. My main concern was the level of performance we were expected to meet while having absolutely nothing to work with to produce. Response from a faculty member amounted to: “I didn’t know anything about this, not my problem. But, I hope you don’t decide to stay.” Admittedly, I was hurt. I never expected to receive anything but genuine sympathy and a strategy to help rectify my situation. I reached out to several of my peers who warned me in one way or another: Don’t respond.

In my observation, there was a culture of fear and an aura of oppression around the graduate student experience that I’d never felt before. Having people advise me against even trying to reason with this faculty member because of potential retaliation made me sick to my stomach. Of course, I had no way of knowing if this would actually occur, but who was I to take that chance? What was an HBCU if it only recreated oppression that left you voiceless? What was an HBCU if I could not have a conversation kinfolk to kinfolk about “beef” I had with their systems? The whispered stories I heard in that year about people who spoke out and were subsequently frozen out were bone chilling. Students were being told to choose conference registration over paying bills (there was no money available for conferences), to perhaps sleep on couches so they wouldn’t have to take on full time jobs, to write next to a candle if their lights got turned off (I’m exaggerating, maybe). All this, so they could subscribe to an abstract concept of the greater good that was supposed to be attainment of the Ph.D..

Many students bought into this system in one way or another. Some felt they had no alternatives, others believed in the theoretical idea of what the program was supposed to be, and some just assumed that this was a normal graduate student experience. I remember being told by a student that “the others” were tired of reading my Facebook statuses and hearing my complaints about what was wrong with the program and the school. Since I was leaving, I was supposed to leave quietly.

I left with a story, and I’m not afraid to tell it. I’ve recently decided that if I never get a job in academia, telling my story would always be worth it. Although I’ve chosen to enroll at another HBCU, where I do enjoy being, I still resent conversations that don’t engage narratives like my own. It’s not enough to point out the financial and systemic limitations without engaging the subjugated voices that suffer from it the most. It is not enough to say that the issues at HBCUs are historical problems that will take forever to remedy. And, it is definitely irresponsible to assume less of a student, and their commitment to blackness, because they make the choice to go to a PWI to avoid these problems.

At some point, these conversations should include points and suggestions that surround the need for HBCU administrators and faculty to take accountability for any role they play in causing their students to feel isolated and disgruntled. These conversations should bring to light the implicit strategy that keeps these stories from being told and dealt with. There are undergraduates at HBCUs right now, struggling to overthrow oppressive campus cultures and, like me, all they have is the power of blogging and social media to get anyone to listen.

Let’s do right by them.

Patrice Bryan is currently a PhD student at Morgan State University in Higher Education Administration where her research interests include Black women undergraduates’ access to mentoring and the graduate educational experience at HBCUs. She is also serving as an AmeriCorps VISTA on a project in Maryland to increase the quality and quantity of mentoring relationships statewide.